Why everyone needs more pain in their lives 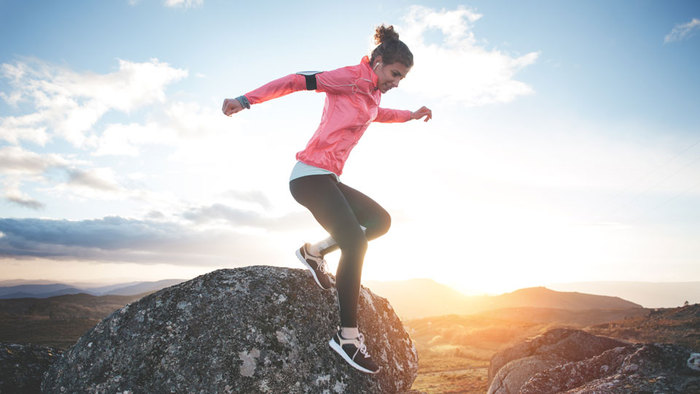 The Barkley Marathons may well be the hardest trail race in the world. Started in 1986, it consists of five loops of a 20ish mile trail around Frozen Head State Park in Tennessee. For the first nine years, nobody finished it. To this day, only 15 people have ever crossed the finish line.

This is not as surprising as it first sounds. The 60-hour time limit means two of the loops need to be completed at night. GPS is banned. Two-thirds of the “trail” race is off-trail and requires the runners to face over 16,000 metres of climbing.

Of those who have finished, John Fegyveresi holds the record for the slowest time: 59:31:21. In an interview about the 2012 race, Fegyveresi said “honestly, I think most people could use some more pain in their lives.” I agree. In this article, I will talk about why.

What’s so great about pain?

This would be an excellent opportunity to throw a bunch of cliches at you. You only live once. Life is short, live it to the maximum. Without the lows, there are no highs. All of these have some truth in them. But that does it matter? If you live a mundane and uninteresting life, but you enjoy it, is that a wasted life? I plan to go my entire life without doing a skydive, for example, and yet I still consider it well lived.

Experiencing the waves of highs and lows is a more seductive offering, perhaps, although anyone with bipolar disorder will probably disagree. And we often over-estimate how pleasant that contrast will be. Anyone has crossed the finish line of a marathon, or a standard distance triathlon will often tell you that the euphoria is short-lived once your body remembers how tired it is.

But there are things that doing really hard things will build. Resilience, for one. It will change our beliefs and nudge us towards believing that we can accomplish more. They will give us something to be proud of when we go through them and come out of the other side.

Believe it or not, we at Resilient, are pretty big on building resilience. Why? Because you are going to need it at some point in your life. You might somehow get impossibly luckily and sail through life without any adversity ever. But unless you are one of the most fortunate people alive, at some point, you are going to face hardish, illness, death of loved ones and heartbreak. Those things are coming for you and for me. It is not if, it is when.

How are you going to deal with them?

I have no idea. But I do know that having shown yourself that if you can get off the couch and run an ultra marathon, you are going to go into the situation with proof that you are bigger, stronger and more resilient than you thought possible.

Arguably the best things to do are the ones that do not go well. The ones were you feel like giving up and almost do. But then you somehow find the strength to carry on. That is a useful life skill. That is the kind of thing you can call on when hard times hit, or when a crisis arrives.

Let us illustrate this point another way. If you had social anxiety, and I was your therapist, I would encourage you to gently start pushing out your comfort zone. We would not rush into public speaking gigs straight away. We would start with small, slightly uncomfortable social gathers, that you felt were in your reach. We would take baby steps until we built up to bigger things. A little bit of pain each time, never too much, until you were smashing those social situations like a pro.

One of the reasons this works so well is that you control the pain. The act of choosing to make yourself uncomfortable is empowering and builds coping strategies and mental strength to survive the situations when you do not have control over the situation.

Pushing your body is the same thing. You control the pain when you train and when you race. You choose to build up your tolerance to the discomfort. This act feels good because we all like to make free choices. And it builds up resilience for times when life punches you in the gut.

Many of us do not truly understand the process the change. You probably have a big dream: perhaps it is to be an entrepreneur, or race in Kona, or to be the first human to walk on Mars. But how the hell do we get there?

Because short term change happens slower than we would like, we often get disheartened or think that a task is impossible. That is a belief. It may or may not be true. When it comes to accomplishing long term goals, it often leans towards the not true end of the spectrum. We could do it eventually. But we need to start down that long road now.

If you have never run before, you probably cannot even imagine running the Barkley Marathons. Which makes sense, because you couldn’t run the Barkley Marathons. Even if you started training now, you probably could not run it in a year’s time. But in three years? Five years? Sure, if you start running. Not training for Backley: just running. In three months you could be doing 5km. Then 10km. Then a half. Then a 20-mile. Then a full. Then an ultra. At the end of all that, you will probably start believing you could run Barkley.

I genuinely could not imagine myself doing an Ironman until I did a half. Then I started to think “maybe I could do that”. Then I ran a marathon. And cycled 100 miles. And swam four kilometres. That taught me that I could chip away at anything. I did not matter that right now, I could not imagine myself running a multi-million-pound business. I just needed to chip away at being a slightly more successful entrepreneur.

Doing hard things will teach you that you can set huge goals and complete them if you give them long enough. It will teach you patience and perseverance, and slowly building up to hard things so that they do not feel so impossibly hard anymore. And you will use that knowledge to transform your life and achieve your dreams.

Be a little happier

Modern society often treats being happy as synonymous with having fun. But this is not so. Feeling fulfilled and content is often a much better source of happiness. As Paul Dolan explains in his book Happiness By Design, things can be pleasurable (or not) and purposeful (or not). Watching junk TV is pleasurable but not purposeful. For many people, going to work is purposeful but not pleasurable.

Doing really hard things, like running an ultra-marathon, is occasionally both. Many athletes find the journey enjoyable. But all of us have training runs, and the back end of a 30-mile race, where we are suffering and wanting it to end. But it is still purposeful. It brings us happiness. We are growing as a person and playing with our limits. It is an exciting exploration.

The best thing about this kind of happiness is that it is slow to build, but even slower to disappear. The pleasure of chocolate is instant but goes away almost as soon as you swallow. If anything, the aftereffect is guilt and a need for another hit. Like being a heroin addict. But running a marathon. That sticks with you forever. You get to get up every morning knowing that you took on the benchmark of hard running challenges and conquered it. It feels good. It makes us happy.

Sitting on the sofa and playing it safe will make you happy. In the short term. But you can also choose to make yourself feel uncomfortable. You can voluntarily introduce pain into your life. Just a little bit at a time. Doing so will build resilience for when life is not going so well. It will help you understand how to accomplish things that feel unimaginable now. And it will build happiness that lasts beyond the moment of consumption. Is all of that worth a little bit of pain?