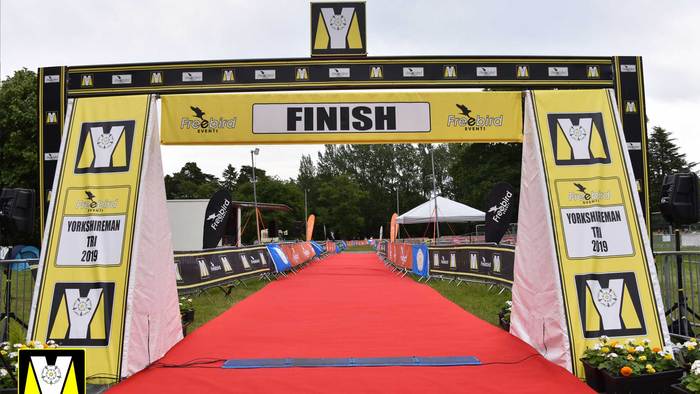 Looking to do a UK-based full distance triathlon in 2020? Below, you will find a complete list of all of them. Or, at least, what I believe is a complete list. If I have missed any, drop me a note and let me know.

Some previous races are no longer running. Cotswold 226 finished in 2017 and Forestman announced that 2019 would be their final year.

A beginner-friendly race that claims the lake swim is weed-free. They claim to be the fastest full distance course in the country. The bike course is flat, although there are a few races on this list that are even flatter.

AN X-Tri World Tour event, the Celtman is one of those stupidly hard ones. You will need to bring a support car to follow you around the course and a support runner who can run with you on the mountains.

The Yorkshireman has a special place in my heart because it was my first Ironman. The organisation by Freebird Events is first class and the bike course, while not pan flat, has no real climbs of any kind in it. There is even a flat cap fun run for the kids.

If you do not fancy the brutal Full X but still want to race in the Lake District, this is the race for you. Another beginner-friendly course with a flat bike section, calm swim and gentle run.

Part of the Castle Triathlon Series, Hever Castle is the only one of the series to offer a full-distance race. Expect a hilly bike course with 3,000 metres of climbing and a marathon that takes place mainly on trail.

Famous for being a beginner-friendly race, Outlaw has now been running for over a decade at the National Water Sports Centre in Nottingham. Expect a flat bike course and a vast amount of competitors joining you on the start line.

The first of two IRONMAN-branded events, Ironman UK offers a lake-swim, a bike course with several significant climbs on closed roads and a town-centre finish.

A night race sounds intimidating until you realise that racing at night may well be a whole lot more pleasant than racing in the heat of the midday sun. Thankfully, it takes place on closed roads.

Two years ago, Yorkshire had no full distance races. Now, Ripon hosts two. Dalesman is brand new for 2020 and organised by TriHard Events: the same people behind Redcar Sprint and Helvellyn.

Another super tough race organised by the same people that do Jurassicman. Not only can you choose between a half or a full, but you can also do a double or a triple. You will need a support crew for the latter two, but you can now do the full without one.

The second IRONMAN-branded event of the year starts with a sea swim before moving onto a moderately hilly bike course (2,000 metres of climbing) and run. The support is excellent because, to be honest, there is not much else to do in Tenby. It is a closed-road event, too.