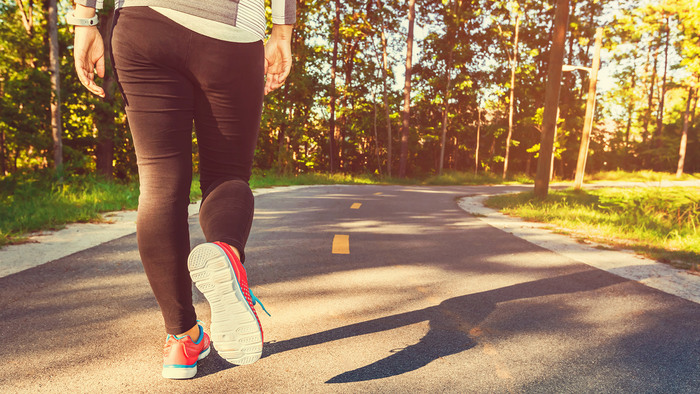 If you are a runner, maybe you have been told to slow down. This could be because you are looking to build up distance on your runs, or maybe your coach wants you to try low heart rate running.

This can feel frustrating as if you are a slower runner in general, it can feel like walking. But is it the same thing? In this video, I put things to the test.

I started by walking one kilometre up the canal, monitoring my heart rate and pace. I then slowly ran back, trying to keep my pace as low as possible and my heart rate firmly in zone 2. I hypothesised that even though it felt like walking, it would actually be much faster.

This turned out not to be the case. My power walk turned out to be 7:58 while my run kilometre was 7:45. Not much of a pace difference! Although, 13 seconds is still a difference especially as I was really going for it on the walk and deliberately slowing myself down on the run.

Does this mean walking is the same as running, then?

The data suggests not. Why? Because my heart rate showed significant differences. I averaged 108 bpm during the walk and 146 bpm during the run. These numbers suggest that even though the pace was similar, the run portion would be fare more beneficial to building up my aerobic base. Walking simply is not taxing enough to get the heart rate where we need it.

This was not a very scientific test: I did one rep using an optical heart rate monitor, with little warm-up and wearing a hoodie. But the difference is stark and difficult to account for by any of those factors.

The other issue with walking is that for training to be effective, it should be as specific as possible. If you want to run faster or further, you want to recruit the muscles involved in running. Slow running will recruit these muscles more effectively than walking.

Slow running may feel as flow as walking. But if you want to improve your running, walking is no substitute. If you want to build your aerobic base, slow running is the best way.